I am excited to present this new body of work (along with the ‘Phases of the Moon in Bindweed’ series) with The Heriot Gallery in Edinburgh, from  3rd September to 2nd October 2021. 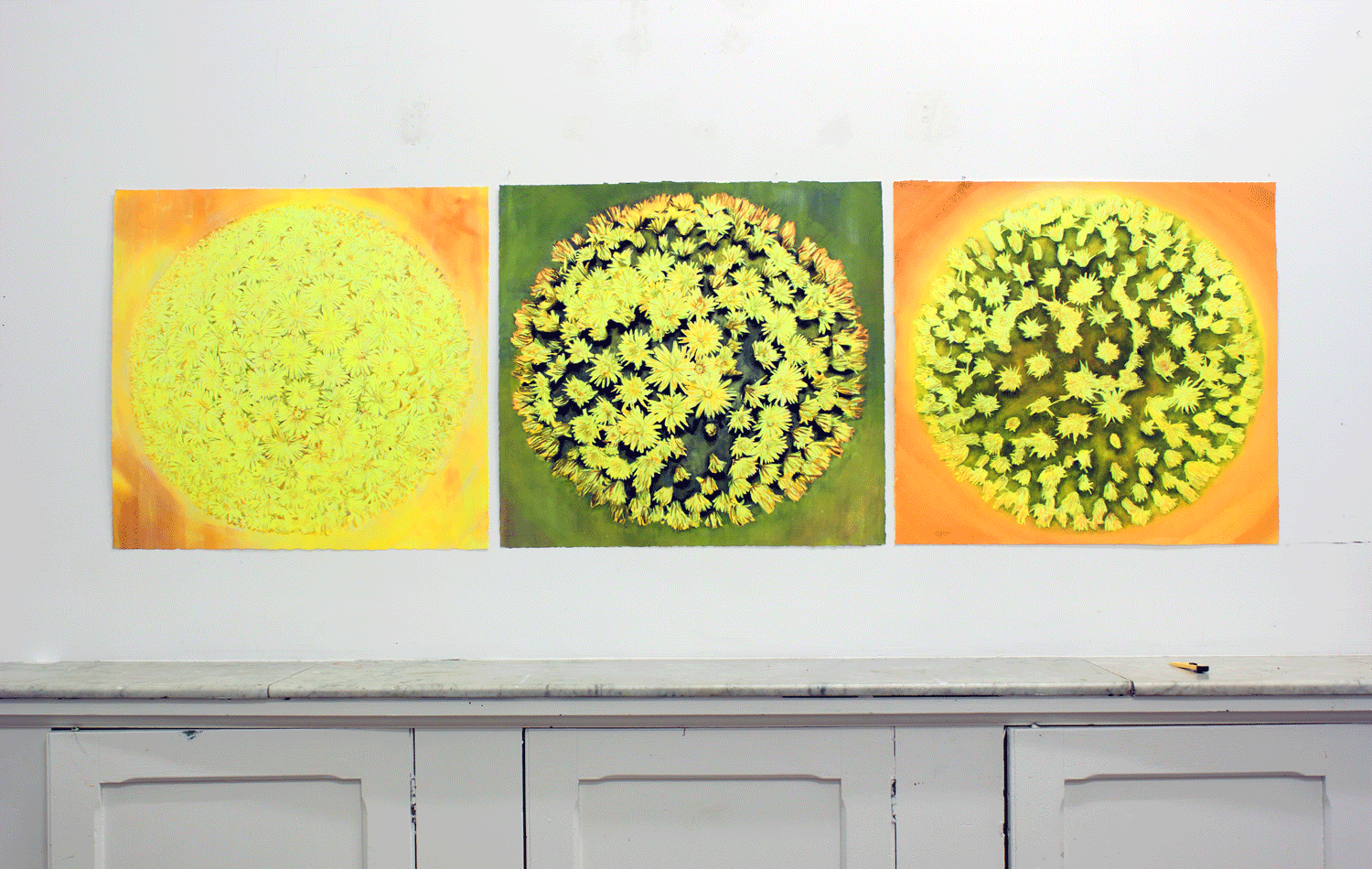 ‘The Flowering Sun’ series of paintings are inspired by both the sun, and the ‘Cat’s Ear’ wild flower.

The sun is of course the main source of energy for almost every living thing on Earth. It gives a plant the light energy it needs to photosynthesize, which converts that light energy into a storable form (glucose) and keeps plants alive. These plants are direct and indirect food sources. A by-product of photosynthesis is the oxygen all animals need to survive.

Cat’s Ear is a common yellow wild flower that is prolific around where I live. I am drawn to it’s resonant, shining yellow that hits the back of my eyes with a burst of energy, it’s flowers open and close with the arrival and departure of the sun each day.

The first image below shows a botanical illustration of Cat’s Ear by John Curtis c.1831, from The Wellcome Collection. It’s latin name is Hypochaeris radicata , also known as catsear, flatweed, or false dandelion – it is a perennial, low-lying edible herb often found in short grasses. The plant is native to Europe originally but can be found in the Americas, Japan, etc.

In making my artworks I often construct things with flowers, posies, daisy chains etc. For these works I constructed a sphere of Cat’s Ear flowers which used as the starting point for my paintings. Below (centre) you can see an image of my sphere of Cat’s Ear flowers in progress as I made it in my back garden, followed by an image of the completed model. This model was then the starting point for my paintings. 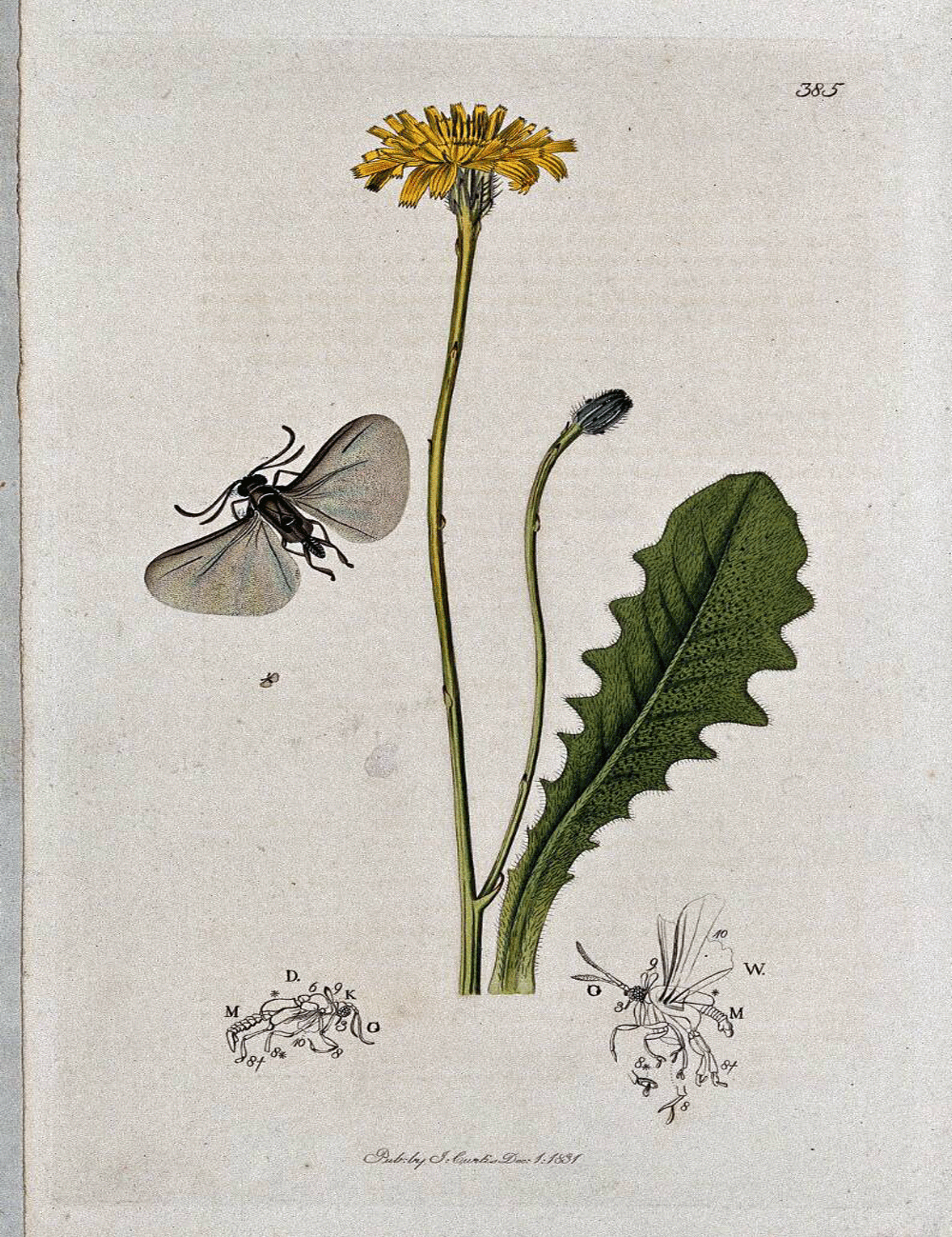 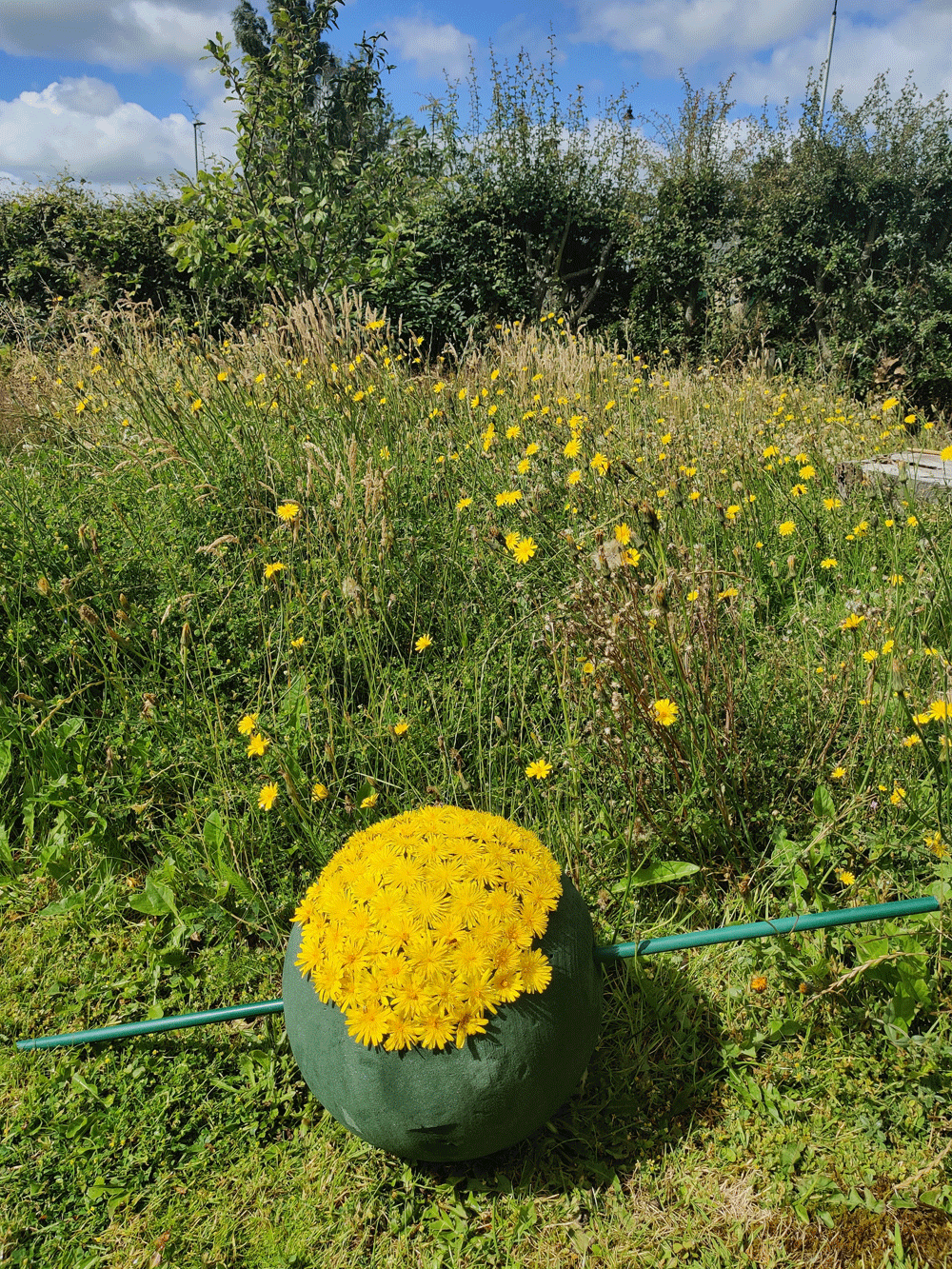 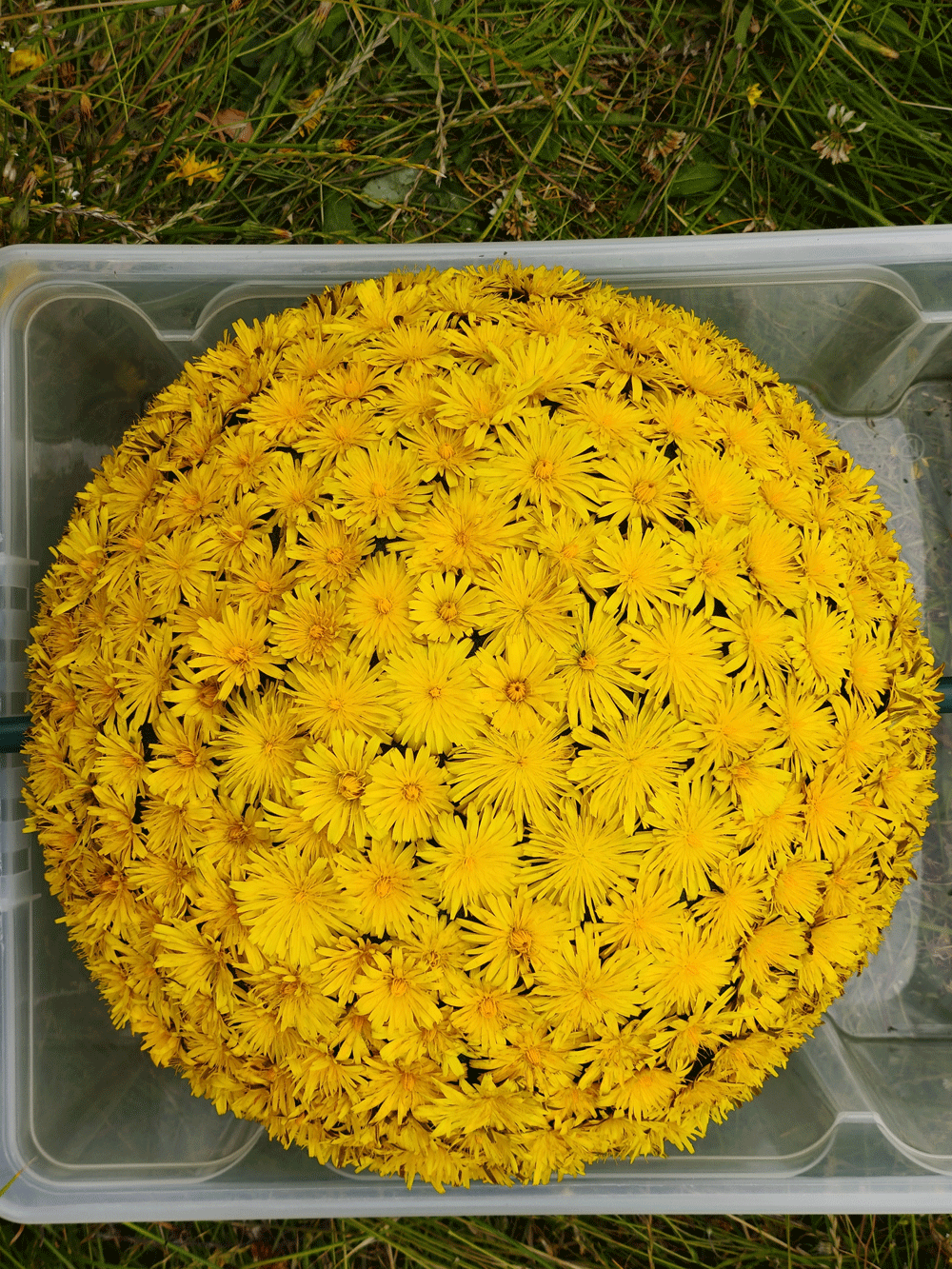 Below you can see the first three in my ‘The Flowering Sun in Cat’s Ear’ series. They are all watercolour and acrylic on paper, 60x60cm. 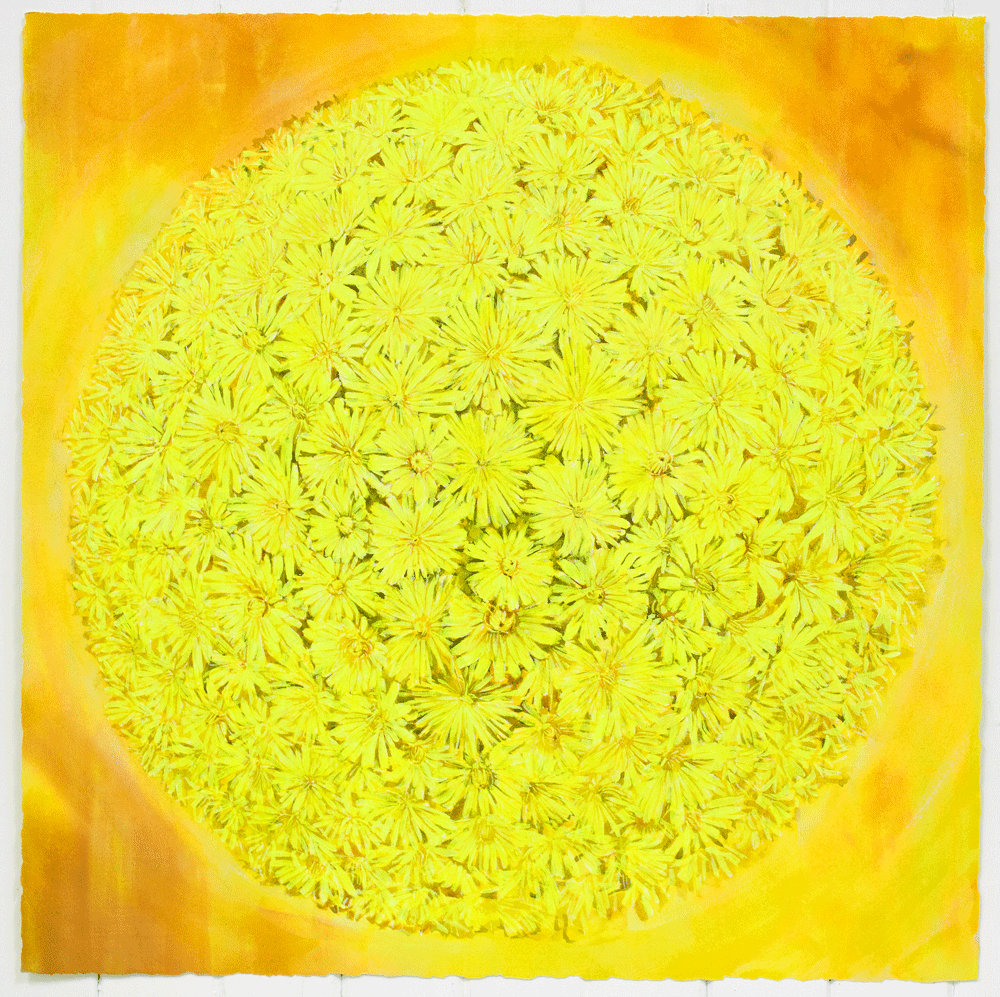 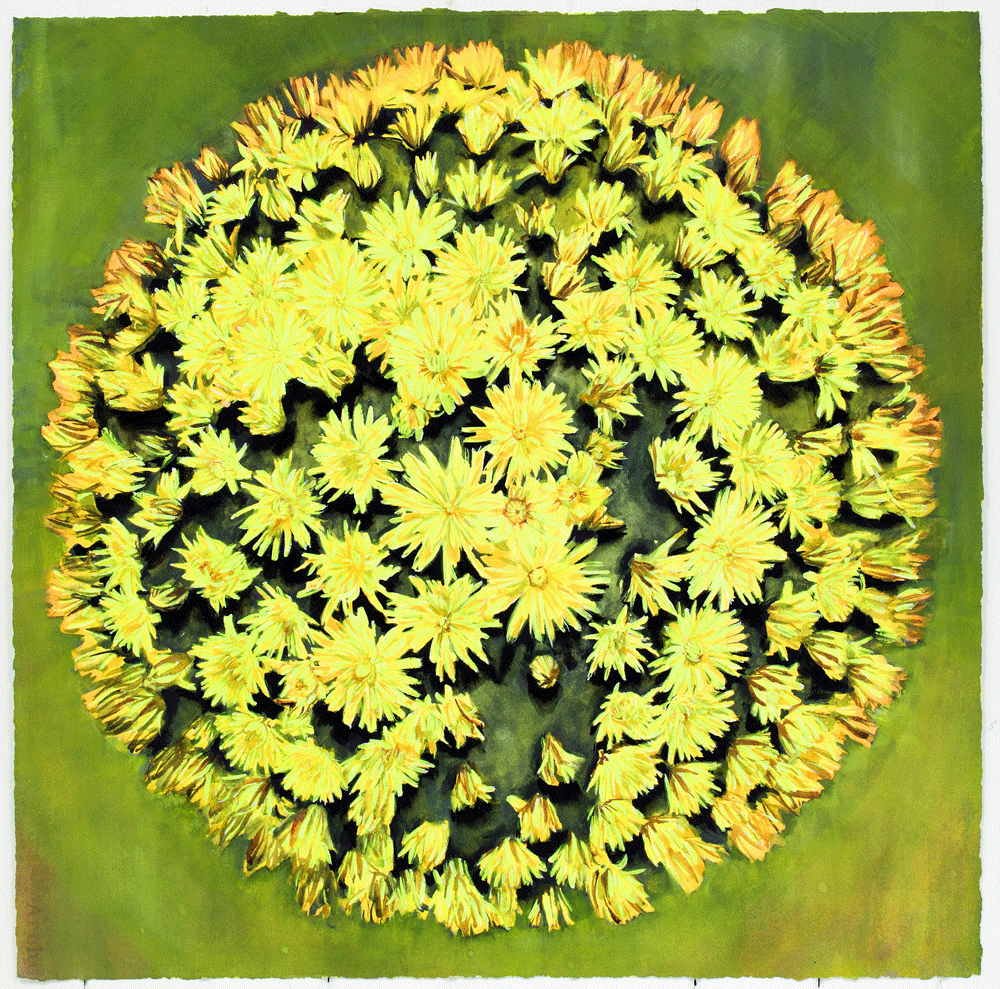 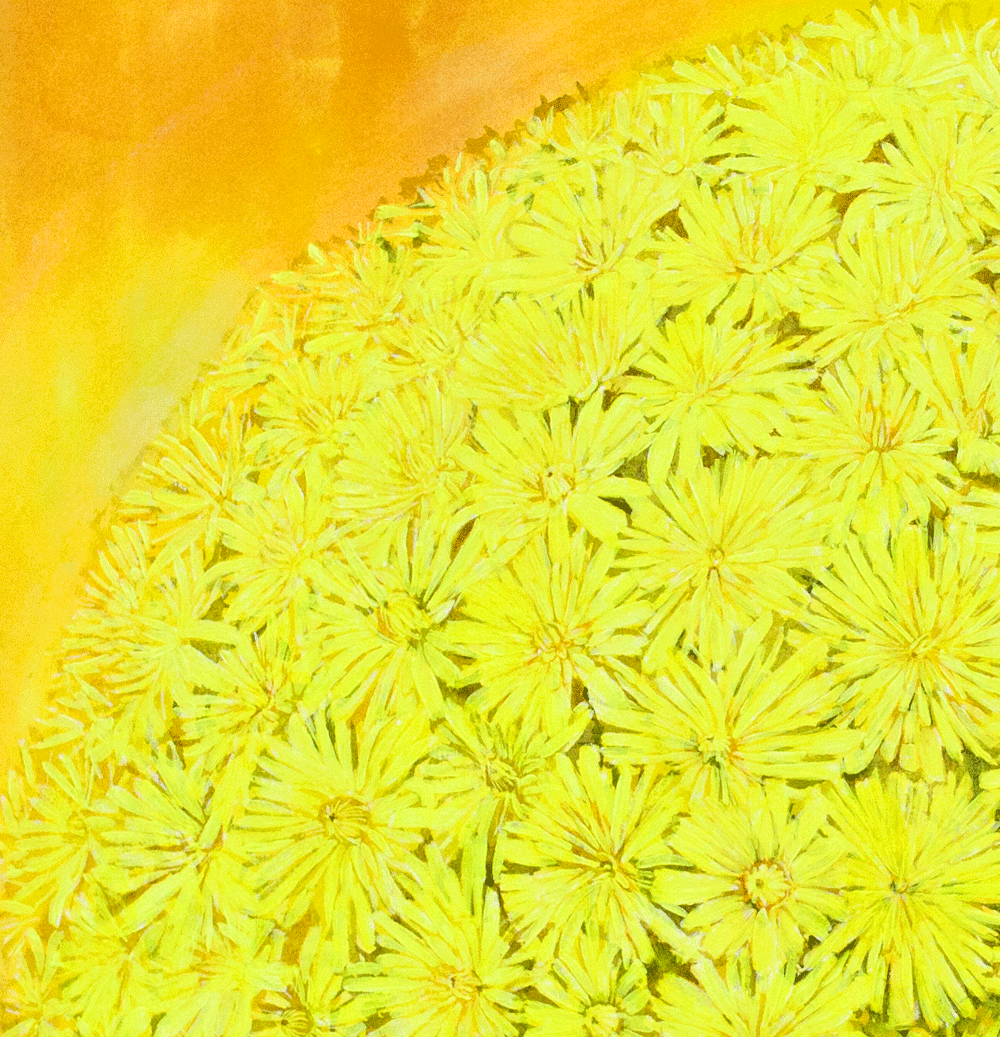 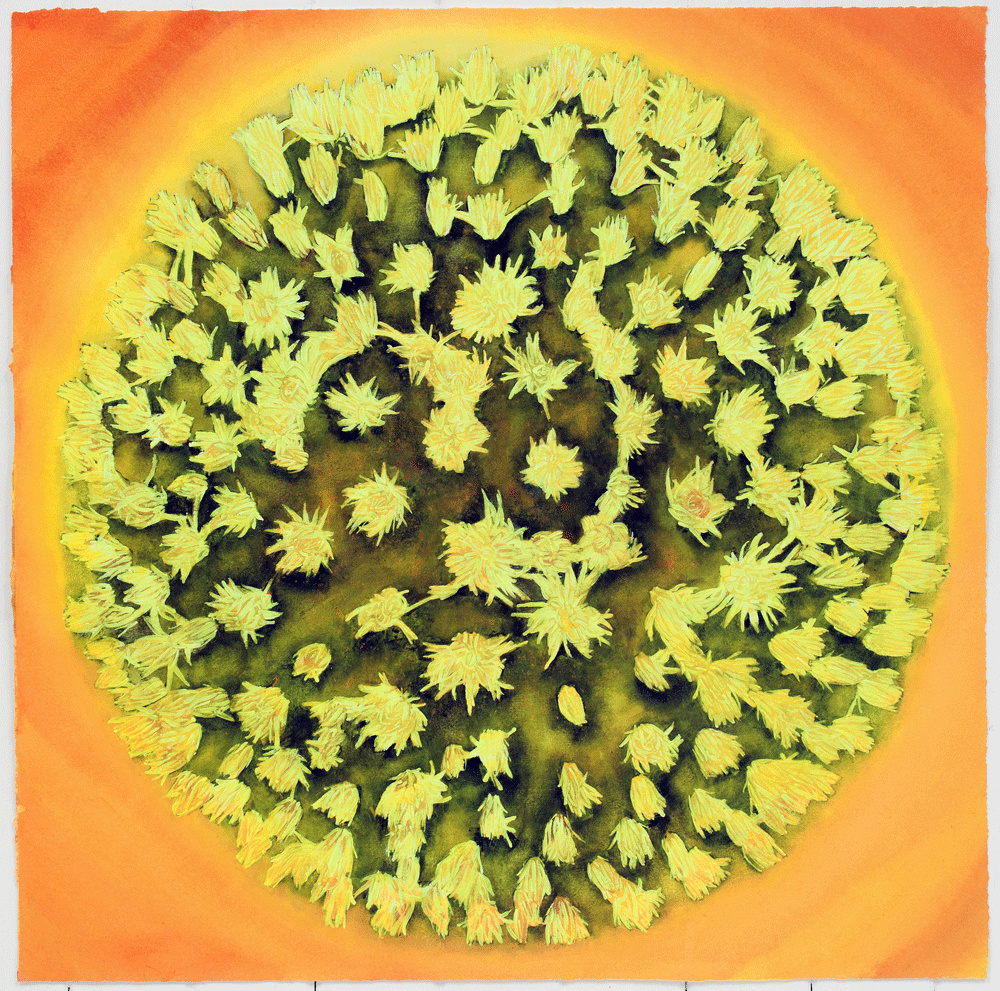 The fourth in my flowering sun series involved a collaboration with the poet, playwright and artist Rebecca Sharp. Responding to the ideas I was exploring Rebecca created this circular, concrete poem, a healing spell.

‘forms of light give form to light’

This text I then incorporated into the bazing image of the flowering sun. 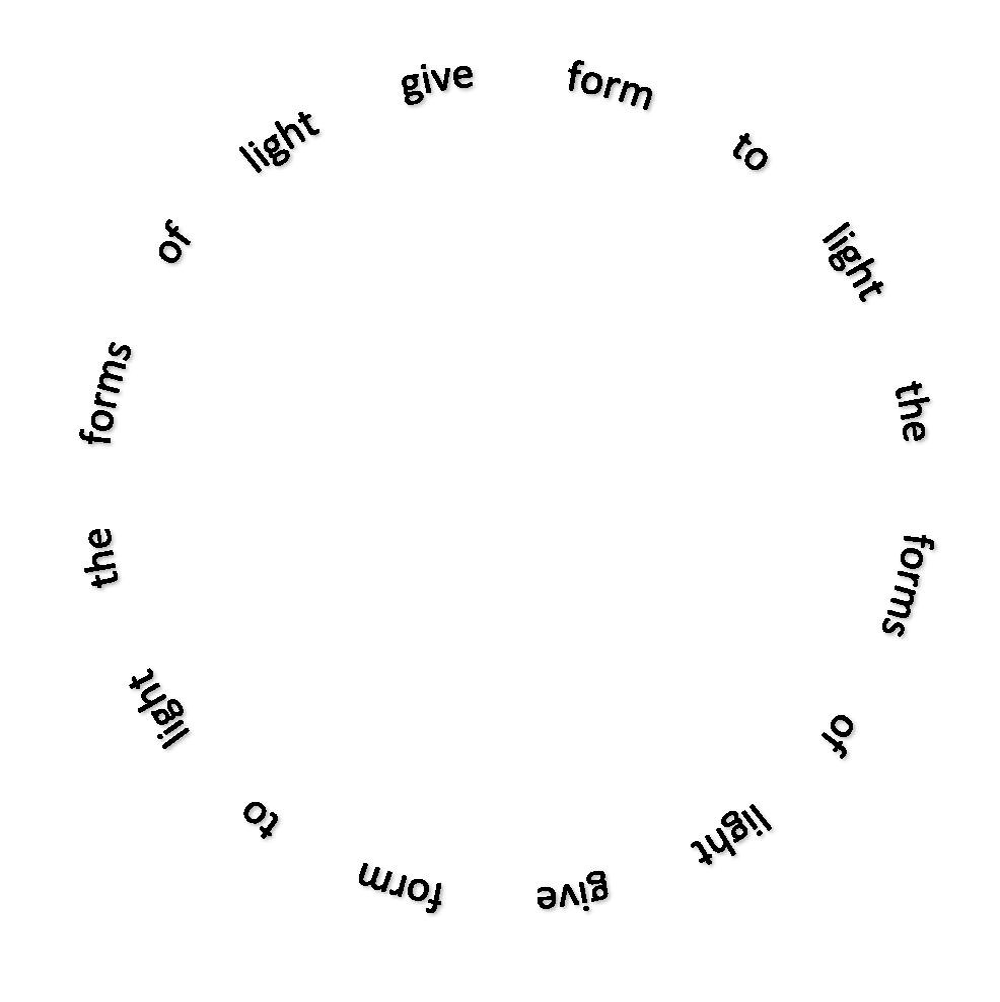 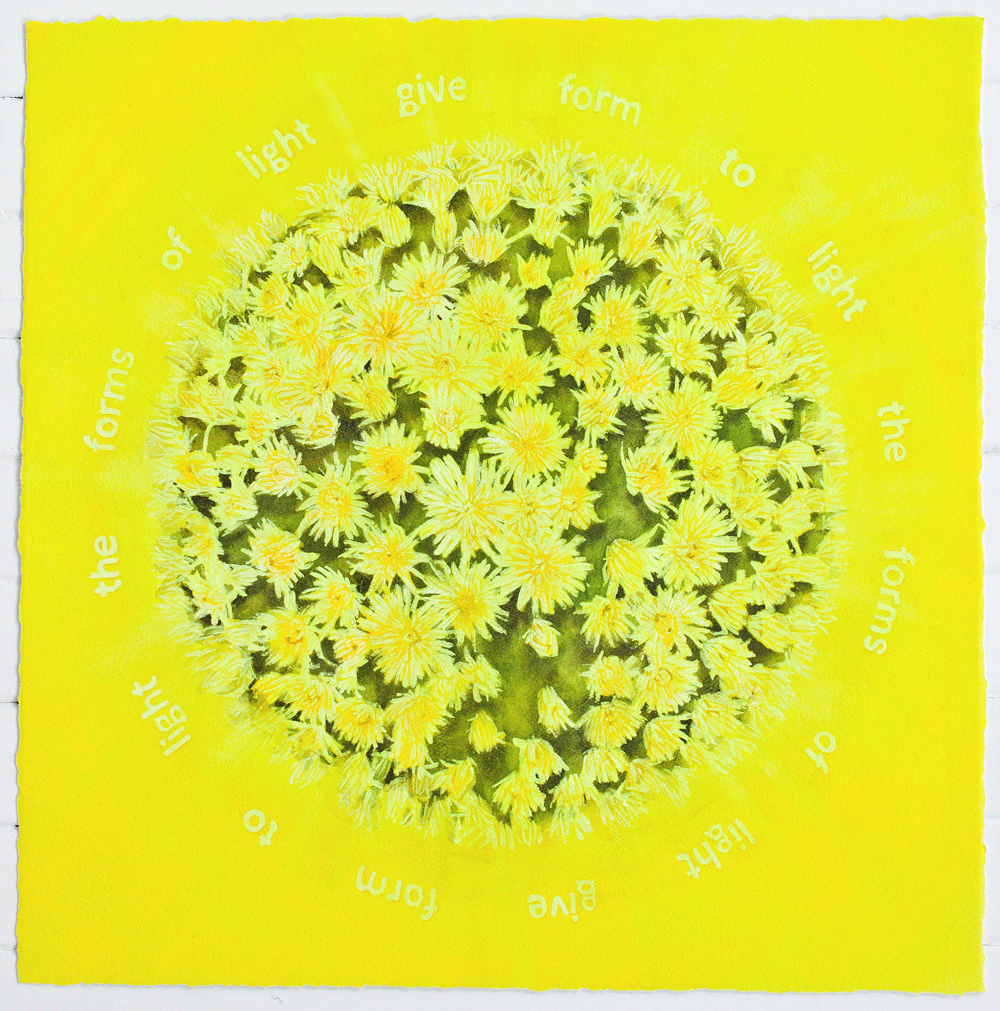